Throughout its more than 100-year history, the Woodyarrup Merino stud (Flock Number 412) has been breeding Merinos of great bone, constitution and productivity for the cropping, pastoral and higher rainfall regions of Western Australia.

Over that time, our sheep and wool type has evolved, as has the technology we use to select and breed our stud sheep. However, our commitment to quality, constitution and productivity remains unchanged.

The stud was first established in December 1920 by H. W. Rischbieth, with the purchase of 3 rams and 150 ewes from Bungaree Merino Stud (Flock No. 110) and operated by the Rischbieth family until 1975.

The modern era of the stud began in 1979 when Woodyarrup was purchased by Gavin and Pauline Dewar. Over the next decade, the stud drew heavily on Tom Culley’s Wonga Merino Stud, near Jerilderie in NSW – famed at the time for its huge constitution and heavy cuts of medium-strong Merino wool (“the Wonga Whoppers”).

In early 1990's, current Principal Craig Dewar returned home from 5 years working on properties in the East, and a decision was made to focus on improved wool qualities while maintaining the signature Woodyarrup bone, constitution and cut.

To drive the new direction, the stud employed Philip Russell as stud classer, and then Dr Jim Watts as stud consultant. With Jim’s departure, Dr Paul Swan was engaged as stud technical consultant.

In October 2003, Woodyarrup Poll Merino Stud (Poll Flock No. 1318) was established with the purchase of 4 rams and 404 ewes at the Vandez (Poll Flock No. 1094) dispersal sale. Since then, the balance of emphasis in the Poll stud has been on meat attributes and structure, while seeking to maintain the Woodyarrup Merino standard for wool quality. 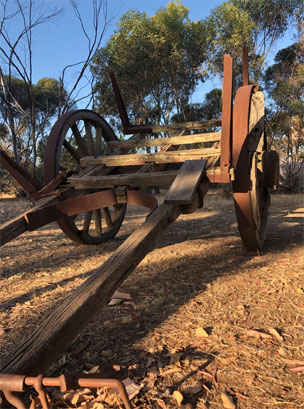 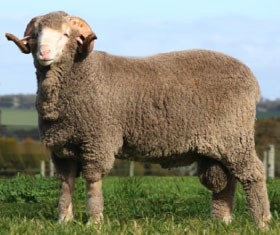